4
Ναι, θα το πρότεινα σε φίλο-η μου
16-08-2013 21:29
Υπέρ  Διδακτικό, Γρήγορο
Κατά
These three short historical noirs featuring police officer Di Luca chronicle Italy's ascedance from the dark pit of fascism and world war II to a more-or-less functioning democracy. Di Luca is a police officer that tries to do his job - solve his cases that is. Being a cop during the mussolini era makes him a target for the Left, but not a fascist as he repeatedly declares to anyone who listens. He was just trying to do his job professionaly. He is what was later termed a "passive fascist".

In Carte Blanche we find him in Salo, Nothern Italy, the city that Benito Mussolini chose as the capital of the "Italian Social Republic", which was neither social nor a republic, a puppet state of nazi germany, the last south stronghold of Hitler during the dying days of the European branch of World War II. He's trying to solve the murder case of a member of the fascist party, a man charming but corrupted. The end of the story coincides with the end of the Salo State and Di Luca ends a fugitive.

L'Estate Torbida finds Di Luca - under fake ID - working with communists in Bolognia, researching a brutal slaughter of a whole family. As the case proceeds and his suspicions touch prominent figures of the post-fascist era in the area his true identity is gradually exposed, a situation that can turn out to be fatal for him.

Three years later and Via Delle Oche describes the days around the second parliamentary elections of the post-war Italian State. Di Luca ends up working a case full of political intrigue. He solves the case while the world around him goes crazy. This time he will pay for his passivity during the fascist regime.
All and all a must-read series that mimics the styles of Elroy, Chandler et al in a special historical context. 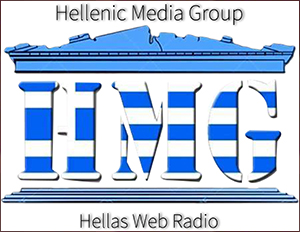